The physiology error called migraine, is in brief, central to the given of my life. When I was 15, 16, even 25, I used to think I could rid myself of this error by simply denying it, character over chemistry. “Do you have headaches sometimes? frequently? never?” the application forms would demand. “Check one” Wary of the trap, wanting whatever it was that the successful circumnavigation of that particular form could bring (a job, a scholarship, the respect of mankind and the grace of God), I would check one. “Sometimes,” I would lie. That in fact I spent one or two days a week almost unconscious with pain seemed a shameful secret evidence not merely of some chemical inferiority but of all my bad attitudes, unpleasant tempers, wrongthink.

I am an artist, university professor, and one of the more than 39 million Americans and 1 billion people worldwide who suffer from migraine, a disabling neurological disease that effects 1 in 5 women; 1 in 16 men; 1 in 11 children.  According to the American Brain Foundation, it is the third most common disease in the world.

I was given the diagnosis of migraine at age 8, and I have spent most of my life ignoring its impact. Minimizing the pain, hiding my condition, carrying on and refusing to let the pain stop me, taking what I am sure was too much Excedrin, numbing myself watching TV, and not recording the frequency of attacks were my means of coping.

All my attempts at record keeping failed. That changed in 2009 when I started to photograph myself each time I had a migraine attack. The cameras in my laptop and phone have literally become the mirrors in which I can witness my pain. I set on a quest to visualize the unseen in order to reverse the invisibility of an invisible illness and hopefully change the narrative around  chronic illness especially for women.

Migraine affects many more women than men. With my self-portraits, I honor the long history of anonymous women who suffered in silence from migraine and other invisible illnesses, were not believed, were told they were too emotional, committed to institutions, and were held back from realizing their full selves.

Since 2018, I have been taking one of the CGRP inhibitors, the first class of drugs created to prevent migraine episodes. The shift in the frequency and severity has been dramatic. I can go 1-2 weeks without an attack. which until I started these drugs felt impossible. I am living more of the life I have always pretended that I had. And I continue to photograph myself. 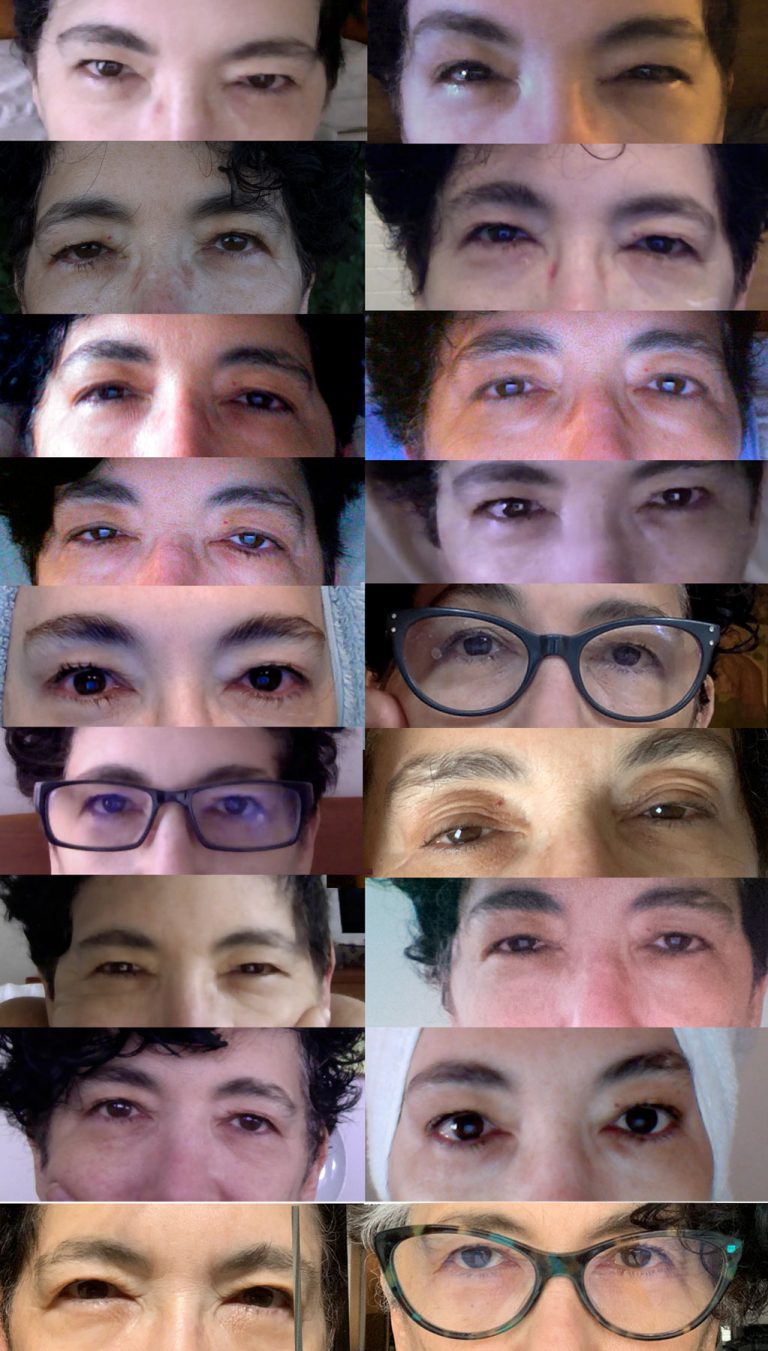 I launched Migraine Register in February 2014 and updated the image gallery  in October  2022. To learn more about migraine and related chronic illnesses, please see my list of resources.

Presentation on Migraine Register in the webinar,
CHRONIC LIFE: CAN WE GO THE DISTANCE WITH THE VIRUS?
with Alexandra Juhasz, Theodore Kerr, Lorie Novak, & Meghan O’Rourke.
Moderated by Laura Wexler, September 2022